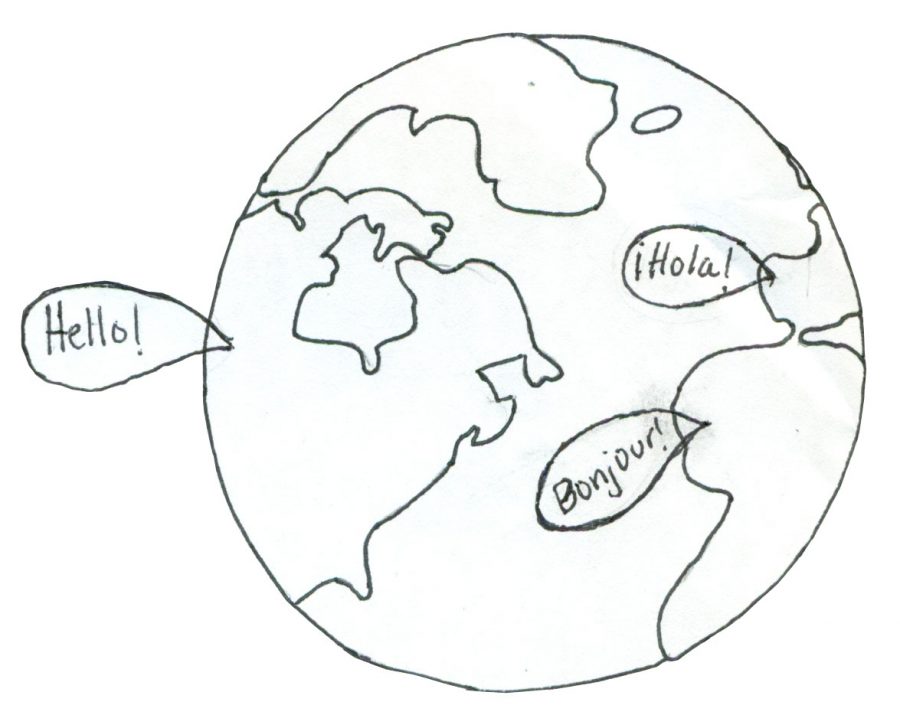 Today’s world is becoming more connected, as a result of an increase in global trade and the relative ease of travel with the technological advancements made, which resulted in the intertwinement of different cultures. Due to the ties across the world, it is important for people to learn a second language, not only for the global connection, but also for employment and brain growth.

“I think overall, it’s one of those things where it just opens up so many doors, and so many opportunities,” Spanish teacher Jody Snow said.

Learning a second language does create more opportunities; along with new paths, new benefits can be acquired in learning another language. One example of a positive is understanding your native language better.

In addition, the knowledge of another language goes beyond the educational setting. In the economy, according to CNN, as more jobs open with a need for bilingualism, candidates for a job who have a good understanding of another language, have a better chance of getting the job.

In addition, learning a second language contributes to cognitive development. As observed by the National Institutes of Health (NIH), people who understand another language have a long attention span and have more activity in the brainstem when speech is received in the brain.

The brain development benefits extend past the cognitive and into the emotional. Bilingual children have shown more traits of empathy compared to other children who don’t understand more than one language, according to The Atlantic. This evidence suggests that the earlier children start learning a second language, the earlier they acquire these skills.

AXIS International Academy, a local elementary school, focuses on bilingualism by teaching all subjects in two languages, with the day divided in two: one half of the day is spent learning in English, and the other half of the day is spent learning in one of the other languages offered. They teach Mandarin Chinese, Spanish or French. This style of learning helps the students develop skills and traits and gain more possible paths in their futures. The knowledge of a different language will bring these kids many opportunities, including employment and travel.

Language study is not just a graduation requirement; it has utility in many other ways: brain development, opportunities, and deeper connections to the world in which we live, making learning another language one of the most important aspects of our education.